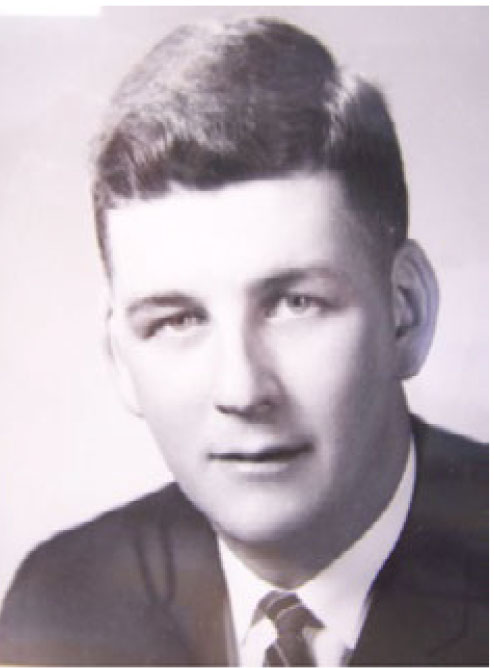 Thomas L. McGloan was the son of the late Thomas Louis McGloan Q.C. and Eileen McGloan (nee O’Regan). A devoted citizen of Saint John, Tom graduated from St. Vincent’s High School in 1948, St. Francis Xavier University in 1952 and The Law School of The University of New Brunswick in 1955.

Mr. McGloan was a senior partner in Gilbert McGloan and Gillis, where he practiced corporate and commercial law for over 50 years, having followed in the footsteps of his father, T. Louis McGloan Q.C. He was admitted to the New Brunswick Bar in 1955 and appointed Queen’s Counsel in 1973. He served as Chairman of the Board of G.E. Barbour Inc. and as Honourary Consul of  Finland for New Brunswick.

He served in The Canadian Armed Forces Naval Reserve from 1951-1982 and was Commanding Officer, HMCS Brunswicker from 1969-1971, retiring with the naval rank of Captain. Mr McGloan has had a life-long affinity for the sea.

Mr. McGloan’s quiet, effective commitment to dozens of community organizations with no expectation of personal gain made him an ideal candidate for recognition and appreciation. He was awarded the Community Service Award from The Greater Saint John Community Foundation in 2005 in recognition of outstanding community service. His contributions to the legal community, the Port of Saint John, Uptown Saint John, the construction and completion of local landmarks like The Saint John Harbour Bridge, Market Square and The Imperial Theatre were significant.

His expertise added value to the work of The New Freeman, the Victorian Order of Nurses and The Saint John Development Corporation. He has been awarded Finland’s Order of The White Rose. He was conferred an Honourary Doctorate from The University of New Brunswick-Saint John posthumously in 2005.

The Thomas L. McGloan, Q.C. Fund recognizes Mr. McGloan’s outstanding contributions to the
construction and ongoing operation of The Saint John Harbour Bridge, as well as his exemplary community service. He and his wife, Marilyn, always made family a priority. Life centered around their four children, John, Mark, Beth and Jane along with their spouses, their four grandchildren and extended family members.