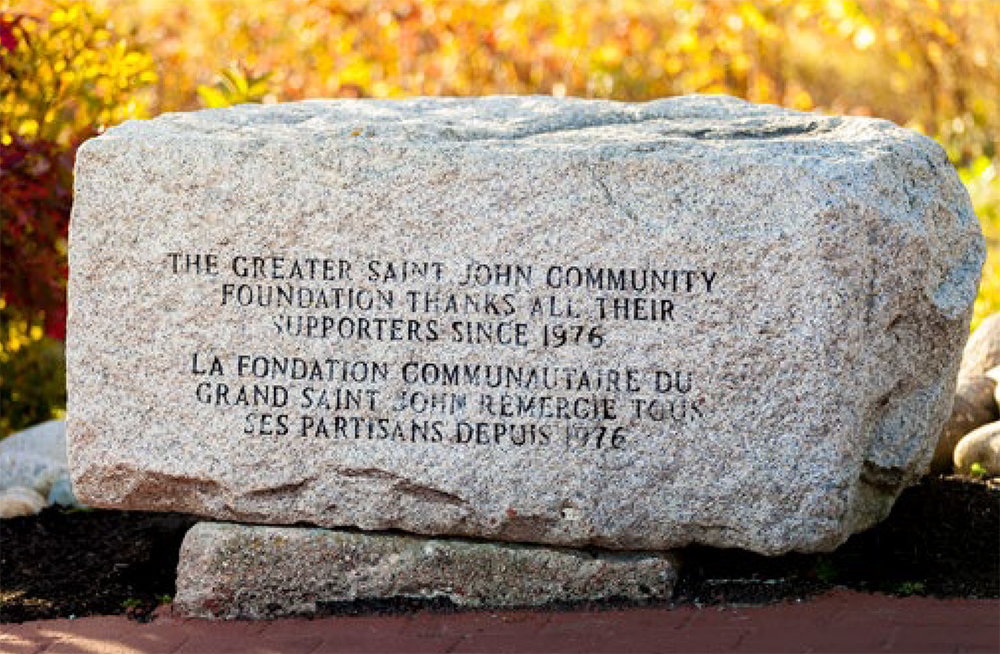 Established in 2006, in recognition of its 30-year milestone of supporting charitable organizations and inspiring community leadership in Greater Saint John, the Board of Directors of The Community Foundation created the Anniversary Fund.

Earnings from this permanently endowed fund support the annual awarding of the Anniversary Grant – which increases each year to reflect the years of service of The Foundation.

The Anniversary Grant is awarded to a local charity whose project proposal strives to address identify a specific need in the community to do with youth, seniors, health and medicine, education, the arts, environment, or social services.

The proposed project or program demonstrates strong partnerships, collective impact, and sustainability beyond the grant phase.

As a touchstone of this commitment to the community, a stone monument was laid on the walkway of Harbour Passage in Saint John as a thank you to all of those who have donated, and will continue to donate to The Foundation for years to come.