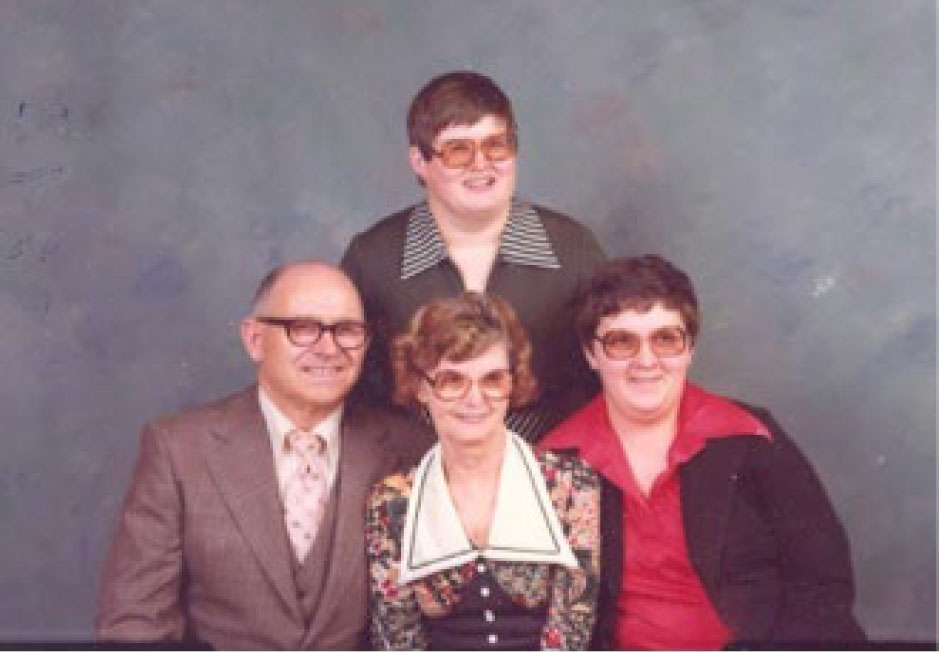 The MacDonald Family Fund was created by Earl MacDonald and daughter Beverly to honour the memory of mother and wife, Margaret, and daughter and sister, Donna- Jean.

Margaret and Earl were both born and later married in Kouchibouguac, New Brunswick. They moved to Saint John in 1960, raised their two daughters, and made the city their home for more than fifty years.

After the death of her mother and taking time off to raise her family, Margaret returned to the work force, taking a job at the Fairville Mercantile Department Store, then moving on to Neilsen’s Clearing House, MRA’s and for Dr. Hazen Cummings, a west side dentist. She passed away in 1998.

Donna-Jean graduated from Saint John Vocational School. She worked for Irving Oil in their Credit Card department; the now closed Saint John Tuberculosis Hospital; the West Side Community Hospital and the Saint John Regional Hospital’s Social Work Department, where she was employed until her untimely passing in 1999.

Beverly describes Donna-Jean as a caring person, well suited to her job, who “would do almost anything” to help a person in need. She volunteered with Hospice in her spare time.

The MacDonald Family Fund was established in December 2005 with the intent of celebrating the MacDonald family and their contribution to the community.

The board of Directors of The Community Foundation greatly appreciates the generosity of Beverly and her father, Earl and to have been entrusted with this new endowment fund.