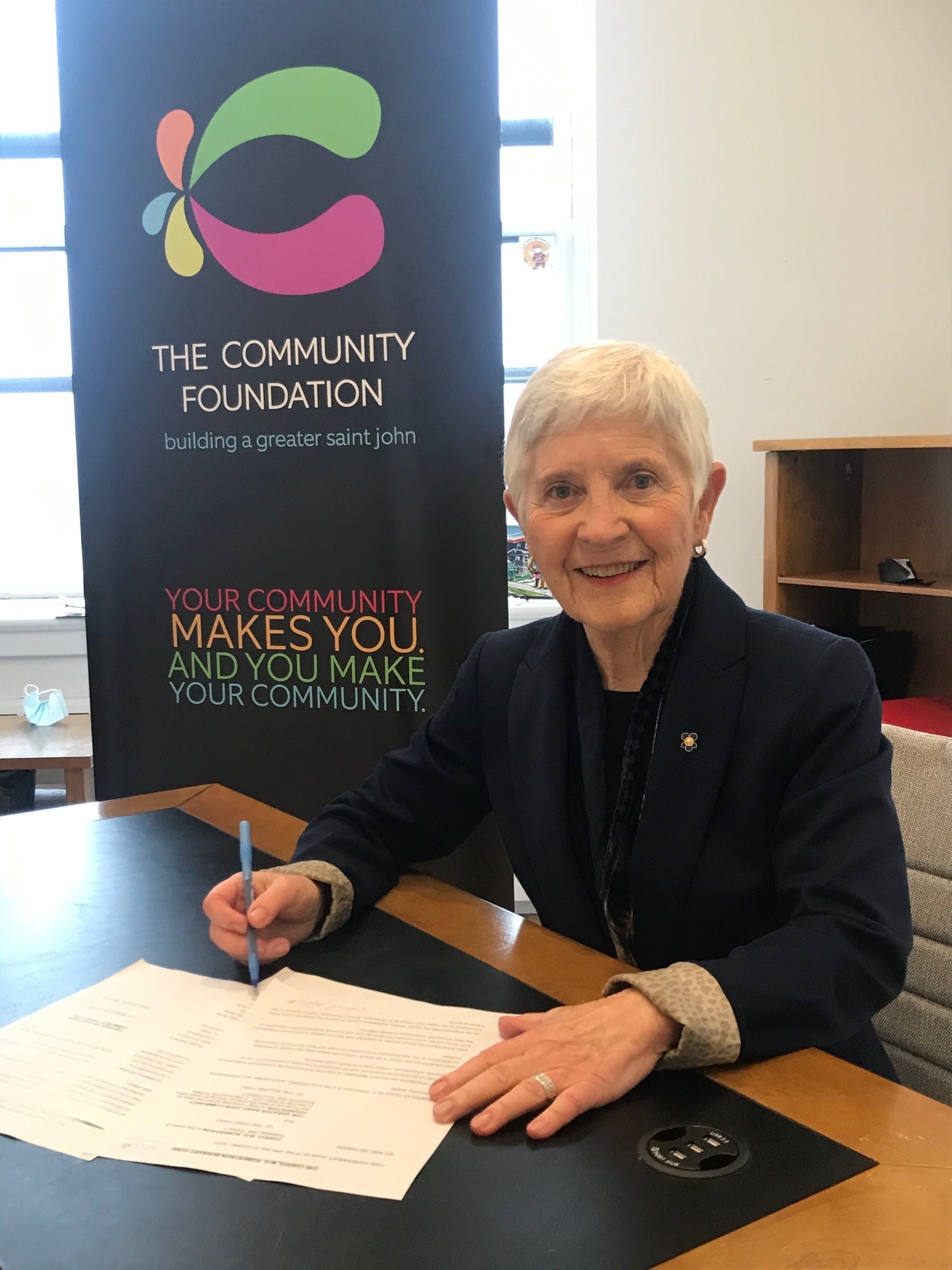 Cheryl M.G. Robertson is a life-long educator, administrator and distinguished community leader. Her dedication to learning and community involvement extended to her role on professional boards as well as decades of volunteer involvement in many business, educational, military, arts, and charitable organizations.

She is an active community leader who has made significant contributions to the advancement of education at all levels of publicly funded and administered education in New Brunswick (public schools, community college and university).

Cheryl was the inaugural Chair of the NBCC Board of Governors from April 2010 to June 2014. She effectively led NBCC through transformative change as the College transitioned to a Crown Corporation. NBCC’s Robertson Institute for Community Leadership, a signature learning experience of NBCC, was named after Cheryl M.G. Robertson.

Cheryl has also distinguished herself through exemplary community leadership in many roles and has been recognized by a number of organizations for her extraordinary contributions. Recognition awards include: Life Membership in the Canadian Cancer Society; Queen Elizabeth’s Commemorative Gold and Diamond Jubilee Medals; the Y’s Red Triangle Award; the IPAC Award – the Lieutenant-Governor’s Award for Excellence in Public Administration, and Canada’s Public Forum, Atlantic Award.

Cheryl was named to the Order of New Brunswick in 2014. She serves as an Honorary Colonel with the Canadian Army Primary Reserve’s 37 Signal Regiment.

In October of 2021, Cheryl M.G. Robertson established with the Greater Saint John Community Foundation, where she served on the Board for a decade, a permanent endowment fund, ‘The Cheryl M.G. Robertson Bursary Fund’, to be awarded to a student who is currently enrolled and returning as a full-time student to any NBCC Campus.

Returning to study and financial need, together with one or more of: solid academic standing, leadership qualities, extracurricular and community involvement shall form the criteria for consideration in awarding each bursary.